One of the most nerve wracking experiences of my life was waiting to find out whether or not my first novel would be published. Forget ‘A’ levels and Finals, or even buying a house – this was a whole new and acute level of angst.

By the time my first novel, The Medici Mirror, was sent out to publishers, I had already been working on it for four years. The first two were spent writing a draft, then rewriting it, until I considered it was good enough to attract an agent. When I had finally gathered sufficient courage to send the book out, I was lucky enough to get an offer of representation from Luigi Bonomi of LBA. The next two years were spent working with him on the novel. I rewrote large sections of it. And by large, I mean large. He’d tactfully described the last half of it as ‘plot light’ – perhaps a nice way of saying that the story had lost its way! So I wrote and rewrote again, polished and refined, until Luigi felt the manuscript was ready.

The day finally arrived, the much longed for yet still terrifying day, when Luigi pushed the button on his computer and jettisoned The Medici Mirror into the inboxes of fourteen of London’s finest publishers. ‘Keep your fingers crossed,’ he told me then. ‘It’s going to be a nerve wracking time.’ Little did I know.

During the days that followed I somehow managed to get myself to work. I sat in the quiet darkness of a TV recording studio, paying scant attention, and worried, silently. All those warnings that I had heard over the last four years crowded into my mind. ‘You’re crazy to write a novel’. ‘It’s so hard to get published’. ‘It’s a large chunk of your life to invest in such a speculative venture’. I tried to still the voices of the naysayers as I sat in that oppressive darkness and instead attempted to focus on all of the positives. My agent saw something in my writing. That was encouraging. And people got published all the time. So why couldn’t it be me?

Two days in and Luigi forwarded the loveliest email from an editor at Preface, a part of Random House. Her name was Rosie de Courcy. She had loved the novel and wanted to publish it. My heart leapt. I almost fainted. Was it a done deal then? Unfortunately, my agent explained, it wasn’t as simple as that. Rosie now had to persuade the whole team at Random House to get on board.

My elation slipped into despair. That would be a tall order, a small voice inside me said. Better not get your hopes up too much. For the next fourteen long days, the rejections dribbled in. There were a few very near misses but no-one had said yes. I began to lose faith. But I knew that Rosie was still out there rallying her troops and that gave me heart. Two weeks after her first email, Rosie sent an offer through.

When I read it, I whooped loudly in the darkness of that recording studio. We had to halt and do a swift re-record – I got a black look from the producer. But I didn’t care. My sense of relief and elation was so intense. And Rosie de Courcy at Preface had offered to publish not one, but two, of my books – The Medici Mirror and my second novel, Beyond the Sea.

As soon as I could I called my partner and told him. Finally we had got there. ‘I’ll put the champagne on ice,’ he said. ‘We’ve got something remarkable to celebrate.’ 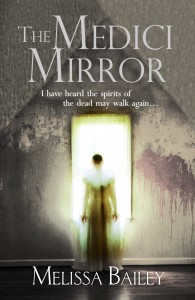 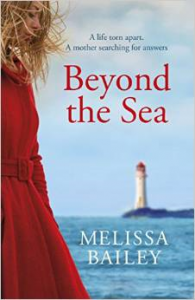